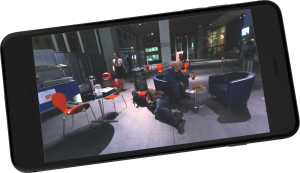 “In Limbo” is an experimental film that turns the viewer into the editor by using 360° video and interactive sound.

The viewer is able to direct the narrative by turning their phone in any direction to focus on stories or characters that interest them.

Leo Bridle, a London-based animator and filmmaker, contacted us to help him with the missing piece to make “In Limbo” work – an iOS application to allow viewers to experience the film as it was intended, with 360° audio and video. 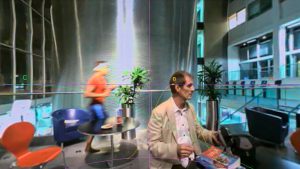 We created the iOS app and audio control software to turn the 360° footage into an explorable scene and developed a special editing tool for the filmmaker to adjust audio levels according to where the virtual camera was pointing.

The iOS application was based on OpenFrameworks, an open source creative coding framework in C++.

“In Limbo” was shortlisted at the 2014 SXSW Interactive Awards.